What if buying something was as easy as Liking it? You’d probably buy a lot more, and buy it through whoever made it so damn simple. Becoming that conduit for payments means more than racking up transaction fees. For the portal to purchase influences not just how you buy, but what.

Today, purchases are fragmented, and so too is that influence. We buy online and offline. Cash, Credit, PayPal, and now Apple Pay. In turn, influence splinters into ads run on television, print, digital, billboards, and other channels. Whether we want something already or not, the ads are supposed make us more intent on actually spending our money.

But there’s a disconnect. A gap between the intent and the purchase. A hole in the funnel where conversions leak out. There’s friction.

According to the data, there is an increase of 5,570,038 internet users on the networks in January.

It showed that from the 81,892,840 internet users recorded in January, MTN Nigeria led the table with 39,173,123 customers browsing the internet on its network.

Unlocking the mobile mind set in the travel industry

Consumers today spend more time shopping on mobile devices than they do on desktop devices. Forrester Research forecasts that US mobile commerce in travel and food services will hit $54 billion in 2016 and $75 billion by 2018. Add to that the fact that consumers use their mobile devices for more than buying. They’re researching cruises while waiting to board their flight at LAX.

They’re evaluating restaurants and making dinner reservations for themselves and clients during conference breaks. Plus, mobile customers switch from device to device several times in a day, as easily as desktop users channel surf .

Microsoft is reportedly developing a payments solution for Windows devices, making it the latest mobile operating system to push into the space and lending further support to proximity payments.

Several reports this week point to Microsoft’s regulatory filing of an application to deploy a money transmission service in all 50 states as evidence of a possible mobile payments offering. While Windows controls a tiny share of mobile users, the move would be in keeping with the recent trend of mobile payments solutions that are specific to operating systems, such as Apple Pay and Google Wallet. 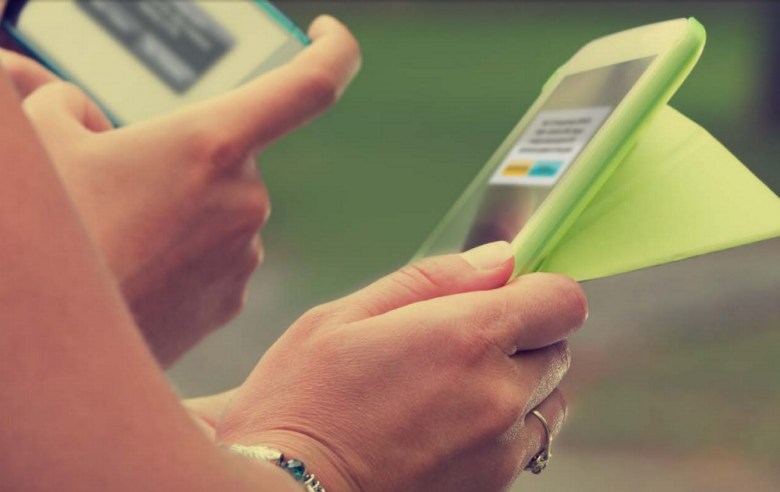 Mobile gamers are either cheapskates or they’ve learned that they don’t really have to purchase anything in a free-to-play game. Those are logical conclusions from a new report from mobile marketing automation firm Swrve.

Swrve found that only 0.23 percent of all players generate 60 percent of all in-game revenues. That’s a tiny segment, and it’s why game companies should treat their best payers, known in the industry as whales, as high rollers.

More than half of today’s smartphone users, 62 percent, are using their devices to get health information, according to Pew Research Center’s new report, “U.S. Smartphone Use in 2015.” The report is based on surveys conducted by the center in conjunction with the John S. and James L. Knight Foundation.

The research data reveals that nearly two-thirds of Americans, 64 percent, are smartphone owners, and that many consider smartphones as their primary path to online activity. The ownership figure stood at 35 percent in 2011.

Apple has made mobile payments look easy, after a decade of mostly failed experiments by banks, telecom operators and retailers to woo consumers away from cards and cash.

Apple Pay has taken the United States by storm since its launch in September, and the company has said it already accounts for around $2 out of every $3 spent using ‘contactless’ payments on the three big US card networks.

But the tech giant will need a whole lot more magic as it looks to extend the service to international markets.

Unlike the consumer electronics business where Apple regularly rolls out new computers or phones in dozens of countries at once, there is no such thing as a unified payments market.

Vodafone has partnered with Buckinghamshire Healthcare NHS Trust to produce a mobile working solution that aims to improve the efficiency and quality of patient care in the community, supporting over 400 community nursing staff in their roles.

The mobile platform integrates the Trust’s patient record system to enable community teams in seven localities across the country to securely access and update patient records while in the field, as well as review critical data and policies from their mobile devices.

The system also provides healthcare workers with visual aids to talk their patients through treatment plans and equipment, and enables them to make informed decisions in real-time about the best course of care for patients, while improving efficiency enough to fit in two additional patient visits a day.

Wake up call: why mobile money should matter to the South African government

Speaking at The Economist Conference in Johannesburg, late 2014, Finance Minister Nhlanhla Nene said, “There is a perception that financial inclusion efforts will necessarily lead to increased financial risk and hence have a negative effect on financial stability. However, if financial inclusion is approached from a systemic perspective and pursued responsibly, the opposite is true”. This tells, without a doubt, that government is eager for a nation where no one is financially excluded; where the poor, the marginalised and those who live in far-flung areas have no access to banks and other financial services. Mobile money is an efficient and reliable answer to this. It has the potential to transform lives by bringing into the system those who have been left behind due to high costs of banking and general lack of access to banks due to distance.

As it continues to look for new ways to expand its mobile capabilities, Alibaba is planning to build a startup incubator focused on m-commerce and the mobile Web.

The new project is set to be based in Bangalore, India, and will be launched in partnership with Globals, a mobile and analytics solutions company in the same city. Alibaba founder Jack Ma met with Indian Prime Minister Narendra Modi on Monday to discuss how the company could contribute to building small business in India, and reportedly spoke with Globals Founder Suhas Gopinath around the same time.