Each week the MEF team curates mobile stories from around the world. Essential news you may have missed, the latest market insight & data nuggets, the Global Mobile News Round-up offers an instant mobile content and commerce snapshot – this week, the news is unsurprisingly dominated by CES 2015 in Las Vegas: we round up the stories you may have missed.

Wearable tech is staging a vanishing act. That’s not to say that there you can’t find any new products here at CES in Las Vegas.

In fact, the show floor is packed with me-too fitness tracking bracelets, cut-price touchscreen smartwatches and strap-on heart rate monitors. But a select number of exhibitors is attempting to sell products that do not flag the fact the wearer is sporting a gadget. AmpStrip is a case in point. The heart rate and activity tracker is designed to be stuck to the wearer’s torso like a plaster and left there for seven days at a time, hidden from view.

The days of fumbling for CD cases and 3.5mm cables are almost over – Volkswagen has announced that a number of its 2015 models will feature dashboards compatible with both Android Auto and Apple CarPlay. The mobile tech is going to be integrated into VW’s second generation infotainment system, MIB II.

The platform is promised to provide a full suite of programming solutions, including an SDK for app developers and programmatic APIs for brands, to get them started on making advertisements for the new Apple Watch.

Intel, as always, is hoping to attract more consumer electronic manufacturers to use its chips in their devices. This time around, the company is targeting makers building wearable devices with a new chip and development platform.

Intel largely missed the boat on wireless and tablet chips, but is trying to get ahead of the curve in new computing platforms that are emerging. Last year at CES, the company announced an SD-card sized development module called Edison based on its Quark SOC.

Xiaomi, the top mobile phone manufacturer at home in China and ranked third in the world, is preparing to move with force into the U.S., according to reports.

Xiaomi usurped Samsung at the top of China’s mobile market, bringing flagship-caliber mobile devices at prices hundreds of dollars below those offered by rivals. That disruptive nature is rumored to be on its way to the U.S. mobile market and those rumors don’t defy logic.

Nvidia wants to bring its high-end PC graphics card business to mobile — and it thinks it has a chip that can deliver the image quality of an Xbox One to the dashboard of your car.

At the Consumer Electronics Show on Sunday, Nvidia announced the Tegra X1 processor, which CEO Jen-Hsun Huang described as a tiny workhorse for smartphones and cars. The Santa Clara, Calif., company aims to push into the automotive market with chips for vehicles’ driver-assistance and entertainment systems as they become as complex in their way as PCs and tablets. 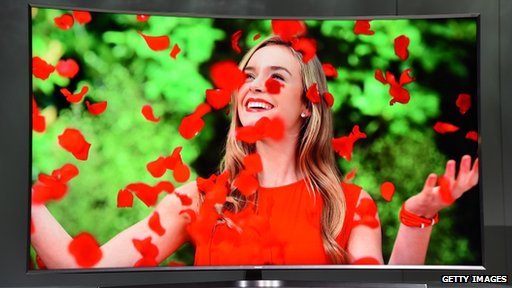 CES 2015: Samsung calls for openness on net of things

The push to create an “internet of things” (IoT) will fail unless electronics firms collaborate more, Samsung has warned.

The potential of the technology will go unrealised unless gadgets and appliances from different manufacturers can easily share data, it said.

This openness will also help people manage the smart gadgets they own, said the boss of the South Korean firm.

Within five years, all Samsung hardware will be IoT enabled, he added.

Connected-Car Tech Is Taking Over CES

You’ve seen the 2016 Chevrolet Volt at the 2015 Consumer Electronics Show — now see what else automotive-related is debuting at the annual tech show in Las Vegas. Whether you have an iPhone 6 Plus or a Nexus 6, Volkswagen has you covered for connectivity.  According to AutoGuide, the automaker unveiled its new App-Connect system at CES 2015 with a demo in its e-Golf. The system also works with MirrorLink, found on smartphones like the HTC One, Samsung Galaxy

Nothing’s happening at CES, and that’s great for phones

I’ve just been to two press conferences from two brands that usually try to win CES each year. But this year both Sony and Samsung essentially talked at a roomful of people without saying very much.

OK, Samsung unleashed Phase II of its Chef range of home appliances, and Sony announced a new 4K Action Cam. Last year it was curved TVs, PlayStation Now, a new line of smartphone and hyper powerful tablets from the two. So where’s the big news?

The reason is pretty clear: they don’t want anything to diminish the impact of what’s coming in just under two months at MWC 2015.