Last week was GITEX technology week, and MEF Member OnDevice Research has released a timely look at the role of mcommerce in the Middle East.

It finds that, among many other observations, a massive 90% of mobile internet users in Saudi Arabia and UAE have used their phone while in store to research products and prices.

Check out the rest of the findings and the full report below in this guest post from the OnDevice Research Blog.

Saudi Arabia and United Arab Emirates (UAE) have some of the highest smartphone penetrations in the world, 76% and 75% respectively. Both countries have also embraced the shopping-as-entertainment culture.

This inspired us to add Egypt into the mix and research how people use their phones while in stores and shopping malls, be that for shopping-related activities or just for entertainment.

Saudi Arabia and UAE can be described as places where shopping is a national “sport”. Staying outside is not an option because of the high temperatures so shopping malls have become the go-to places when people want to go out for entertainment.

For example, The Dubai Mall, the largest in the world, houses 1200 stores and attracted over 65 million shoppers in 2012, more than visited New York that year.

Egypt has traditionally been associated with market stalls and small, local shops, and for a large portion of the population this is still the case, but for the growing middle class things are changing.

International brands like Marks & Spencer, Ikea, and Zara have entered the market while shopping centers such as the Mall of Arabia in Cairo challenges others in the region in size and choice of restaurants and entertainment venues.

The survey was conducted by an On Device Research global mobile research panel , in September 2014. We targeted a representative sample of mobile internet users in each country.

A few noteworthy data points about the people who answered the mobile survey:

This article first appeared on the Ondevice Research Blog, and is re-used here with permission. 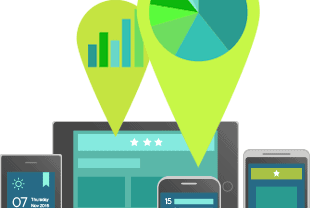 40 per cent of mobile users in MENA buy apps: insights into the Middle East App economy