Industry Views: Will Yahoo’s Flurry acquisition help it face down competition from Google and Facebook?

Last week’s news that Yahoo has acquired mobile advertising and analytics firm, Flurry (rumoured to be somewhere between $200 and $300 million) sharpened the focus on the mobile advertising space, which, according to figures from eMarketer is set to reach $32.71bn in 2014, up 85% from 2013’s total.  No doubt Yahoo is keen to achieve a bigger slice of the advertising pie.  Indeed, with Yahoo’s CEO, Marissa Mayer, continually referring to the company as *mobile first*, its intentions are quite clear yet to date its mobile revenues have done little to support that description.

We asked the mobile community whether the move is enough to build Yahoos credibility in mobile as it tries to face down competition from the likes of Google and Facebook.  Here’s what they had to say.

Monetization and Engagement also has its own Meffys award category this year, recognizing the efforts of companies that provide technology or services that help increase consumer engagement and drive monetization via mobile.

Submissions for the Meffys are open until August 8th

Yahoo’s recent purchase of Flurry mimics Twitter’s purchase of Mobpub and Facebook’s recent launch of its ad network – all implementing a third party inventory monetization strategy. All major players, including Google, realize the fragmentation of mobile inventory requires opening up their advertisers budgets to a larger customer base beyond their native service users. For mobile app developers and consumers this trend is great since having a wider selection of ad networks guarantees fierce competition on publisher inventory, leading to higher developer payouts and more innovative services.

Mobile is one of the biggest opportunities to arrive in a generation and big media companies like Yahoo!, Google and Facebook are recognizing that and seeing the shift in the media consumption habits of users to mobile. Yahoo! historically was unable to successfully extend the capabilities of its display advertising acquisitions to mobile monetization like many other traditional ad tech companies, where majority of usage is in a cookie less app environment rather than Web. Flurry has successfully catered to the mobile analytics market by developing platform for tracking consumer interactions with mobile applications.

It will be interesting to see how Yahoo! Integrates Flurry in its ad tech stack offerings as the mobile growth is mainly driven by Programmatic buyers across Mobile first RTB ad-exchanges. Smaato owns and operates our own Global mobile RTB ad-exhange and we have seen 450%+ growth within last 12 months across 78,000+ mobile publishers and app developers. Yahoo is a single web property that has seen shift towards their mobile property and they intend to monetize those 450MM+ uniques vs. giving marketers options to find relevant audiences across multiple independent mobile apps and mobile web properties.

We are seeing increasing consolidation in the mobile marketing and analytics space – App Annie’s acquisition of Distimo and now Yahoo’s acquisition of Flurry.  These acquisitions demonstrate that the world of mobile advertising is maturing rapidly. With the Flurry acquisition, Yahoo has clearly affirmed where it thinks the future of advertising lies. Some of the largest advertisers on TV have been slow to adopt mobile as an advertising platform. This latest development will accelerate the pace with which these advertisers embrace mobile for reaching and engaging their consumers.

As the world’s largest independent mobile ad network, InMobi works with thousands of app developers globally and are obsessed with users’ ad experiences. We have been investing in tools including mobile analytics that enable developers to gain insights about their users, leading to enhanced user experience. This acquisition ensures that developers will continue to benefit from industry-leading analytics tools. As a mobile-first company, we welcome every development that moves the industry forward.

It is clear that Yahoo is aiming to become a “mobile-first” company – exactly like Google and Facebook – and the company has been no stranger to vivid mobile acquisition rumours. Flurry is one of the largest mobile analytics companies and its RTB mobile ad network offers great targeting capabilities to brands looking to move into app development.

Yahoo has been busy building its own apps and the Flurry acquisition is a good way to attract more advertisers to them. Flurry’s analytics provides Yahoo with the kind of deep data that can create great monetisation tools for developers and publishers.

Acquiring Flurry is part of a longer process for Yahoo to not only remain relevant, but to take the fight to more established competitors and carve a niche for itself in the ‘smartphone’ world.

There is no question in my mind that the mobile advertising market is on a path of aggressive growth. The latest results from Facebook confirm this trend, and the valuation of mobile advertising companies in recent transactions show I am not the only one to think that. Even with about 30 mobile acquisitions in the past couple of years, the question still remains as to whether Yahoo is capable of taking its place in the mobile advertising ecosystem.

The Flurry acquisition is a step in the right direction, but unless Yahoo allows the acquired mobile advertising expertise to guide everything they do, changing the company’s DNA to be truly mobile first, success will remain elusive.

With Marissa Mayer at the helm, it seems as though Yahoo is moving its moribund display advertising business models over to compete in the more buoyant mobile advertising space.

With over 30 acquisitions in mobile in the last few months, it seems possible that Yahoo might yet be in a position to compete with Amazon and Google – but they have a lot of catching up to do.

Amazon is already building its own platform, and industry giant Google is so deeply embedded in mobile, search and advertising technology, it seems unlikely that Yahoo could encroach on any turf they’ve already claimed.

By making this move, and acquiring one of the more advanced companies in this field, Yahoo is clearly stating its aim to stay in the game – the challenge now is to remind us why we need them.

The Flurry acquisition is the latest move in an ongoing war between the Silicon Valley giants – who all want to gain a single customer view across screens as consumer media consumption segues from desktop to mobile-first, and from there into the era of mobility.”

Yahoo is trying to gain some ground in mobile, but this acquisition will only get them a foot in the door. Specifically, the Flurry acquisition is a data play; Yahoo is essentially acquiring massive amounts of mobile data which will help them develop better ad products, and develop vital relationships with app developers.

The scramble to acquire and make better sense of individual’s data is continuing and, if anything, accelerating. Apps remain an elusive proposition for this end, partly due to privacy restrictions inherent within operating systems and partly due to the lack of standards inherent in capturing users’ behaviours in different apps. Flurry sets out to solve both these problems by partnering directly with the app developers. This allows it to develop a rich view of the user-base, though how much of this is done by combining behaviours across disparate apps rather than within app-families is not all that clear. And just how rich these behaviours are, given the overwhelming use of apps for Messaging, Gaming and Social Media, is another open question which time will answer.

As importantly, there are still question marks as to user openness to advertising within apps; currently the Flurry eco-system appears to use App data to advertise on apps – there is no indication of any further behavioural data which would help target effectively. Yahoo have an ecosystem which allows users to be identified and understood through a relatively rich set of behaviour lenses – leveraging the data generated by services such as Yahoo Finance, Flickr, Yahoo Answers and not least Yahoo Mail (though with Microsoft’s recent privacy-based email campaign, this may be less successful medium term).

If Yahoo can figure out how to marry its own view of individuals with that brought about by Flurry, there is likely to be a rich seam of data to tap in to. If they can target more effectively on Yahoo’s own sites/apps, then this asset could be monetised effectively. However, it still feels that there is a critical piece missing in Yahoo’s armoury on transactional data, which other big players such as eBay, Google and Amazon will have.

It is little surprise that, since being guided by the hand of Marissa Mayer, Yahoo has adopted the Google strategy of “if in doubt, buy it”. No less than 18 months have passed and over 30 acquisitions ranging from the small (de.li.cio.us) to the very large (Tumblr at $1.1bn) have taken place. It makes you wonder how the company has managed to actually do its day job of selling digital advertising across all these platforms.

Turning to the latest forecast showing Yahoo (with only 2.52% vs. Facebook’s 8% and Google’s 31%) is about to be overtaken by Microsoft in advertising share, would suggest that the day job is being detrimentally neglected and needs addressing.

Mobile could certainly be the answer. You don’t need to be working within the Yahoo finance department to work out that it’s the cause of the “web rot” and that’s where the growth is.  Consumers are, as predicted, spending more time on mobile devices, yet the advertising solutions are still in their infancy and the opportunity is rife.

Flurry is a great and credible mobile analytics company that really understands how people use their mobiles and what works and what doesn’t. However, they are not an advertising sales business, so the path of turning this insight into advertising revenues is still to be laid.  While Yahoo will certainly become a whole lot smarter through this, without the invention of insightful and practical advertising solutions (or the hiring of people who can “sell the data” for all their novel consumer-facing acquisitions), advertisers will be in no hurry to react to the flurry. 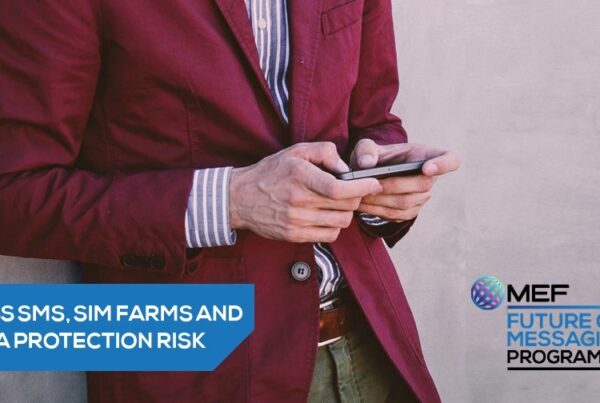 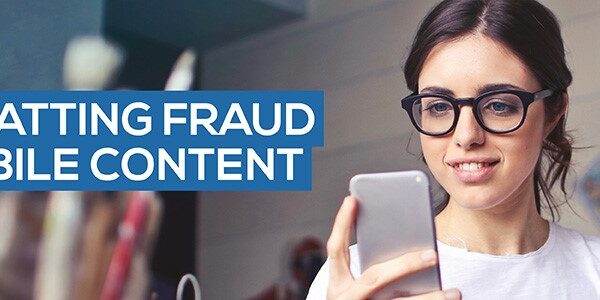